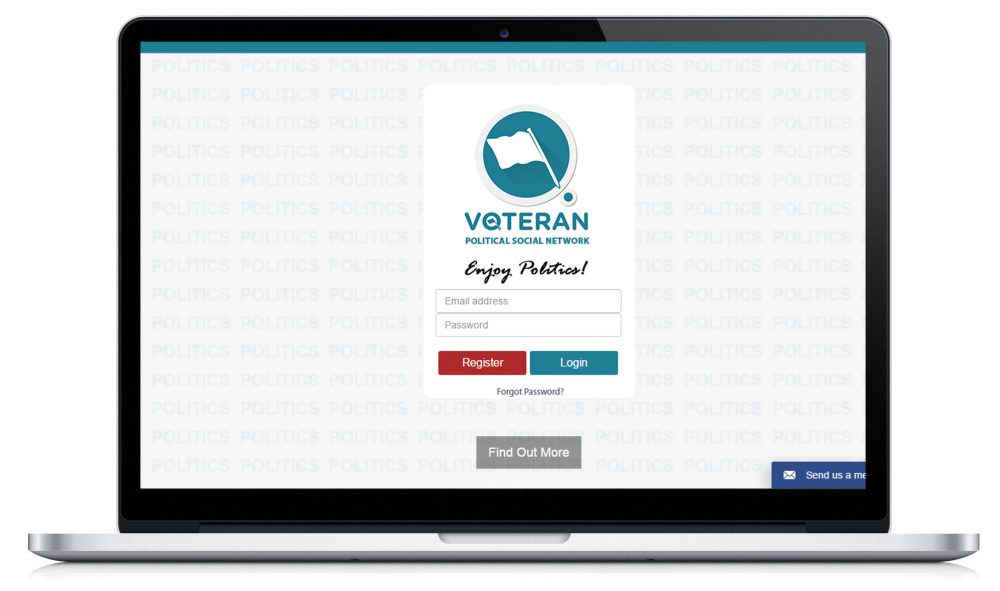 In a first of its kind, a group of IT professionals have launched an exclusive Political Social Networking platform – Voteran.

Through this portal, users can ‘politically’ connect each other, create parties, follow parties and members, express political views, support or oppose views, debate on issues, and make their political network.

“When US has social media giants like, Facebook – for friends networking, LinkedIn – for professional networking, we wanted to develop a similar tool for the world which is equally powerful, and user driven. That triggered the birth of Voteran – The Political Social Network” Said Gokuldas, Founder of Voteran.

By knowingly or unknowingly, everyone is involved in politics. There are many people who stand for a particular view or political parties in most of the major social media platforms like Facebook, Twitter, etc., but their friends hesitate to like or share the political content posted by their friends since it is meant for friends networking.

In Voteran, the connections are ‘political’, and not based on friendship. Anyone who is interested in politics, or those who are neutral can join Voteran. The portal already has more than 35,000 members, and users have created more than 80 parties, from India and abroad, especially from USA and Ghana.

As one of the biggest well wishers of Voteran, Dr.Shashi Tharoor MP quoted, “Congratulations to the Founders of Voteran for an excellent initiative and for their innovative approach in setting up a ‘social network for politics’. I wish them every success as they go from strength to strength, and am confident Voteran will live up to its fullest promise and potential”

Team behind Voteran: Gokuldas Menon, the Founder and CEO of Voteran holds an MS from State University of NY, Buffalo USA, and MSc from Amrita University. Vijitha Sharma heading the development, and Naveen Narayanan heading the International Alliances.