Online poker, rummy or Teen Patti all usually come with a single last name. Junglee Games. With more than 10 million users, Junglee Games is India’s biggest gaming company. Founded in 2012, Junglee Games provides gaming solutions. It comes with a vision to digitalized Indian games wrapping around fantasy like a casino with a real-time strategy approach. This has made Junglee Games a leading gaming source for Indian gamers.

Junglee Games claims that 1 in every 12 online users have played their games at least once. Junglee Games have moved past everything and are now playing an active role as investors. What made Junglee Games a name to reckon within the world of start-ups? 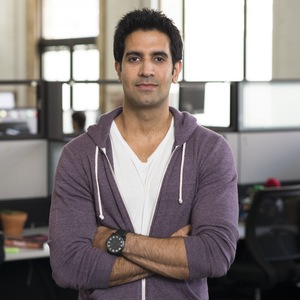 As a high schooler and at college, Ankush Gera(CEO) had always played a lot of poker and was interested in a product based business. This was when he realised that India has never had such a marketplace and when there isn’t any grain, he grew a cornfield.

Junglee Games credits great teamwork and the mantra of Gamers Building Games. They are essentially a company for the gamers by the gamers. This and a preservative approach made Junglee Games a leading gaming firm roughly with little competition (after accounting the race with other companies like Ace2three and Moon Frog in separate gaming domains of social gaming and skill gaming). Junglee Games also credits its diverse and fun-loving work culture to its success. The no politics bullshit and importance to teamwork and employee satisfaction work around fine, which simply reflects on how well the company is running forward and its traction.

This gaming tech company is also gaining its pace as an Angel Investor and when questioned on what exactly they see in a Startup, it was clear that they look for the best and effective leaders who can work with the firm. The word IDEA comes as a secondary thing in any start-up. True to their words, if we really look down, any idea can go down the drain without a good team and proper execution. The idea too must be something innovative and not just Barbie doll made of clay.

This gaming tech company has about 80 employees who all include veterans and gamers who have nothing but passion and fun-filled in them and their ridiculously awesome work culture made them great in all of their offices at San Francisco, Hong Kong and New Delhi.  With many great start-ups arriving the Indian shores daily, Junglee Games is indeed made India proud by reaching the world’s shores and hoisting Indian flavor everywhere.