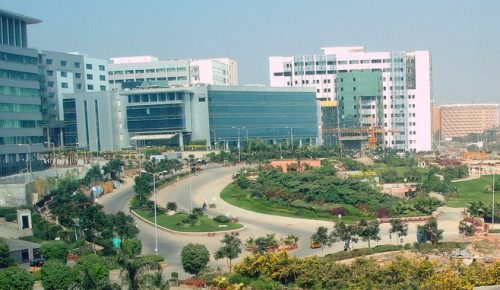 India as a country offers many advantages to investors like high youth population, very common and very good software talent, globally viable software products and low production costs. These attributes are attracting foreign investors and investments in larger numbers to help Indian software-as-a-service (SaaS) startups in the hope of discovering new generation software giants like Wipro or Infosys or TCS etcetera. SaaS is a software distribution model where software and its license is made on demand ie., when subscribed for and hosted on the internet by third party vendors. Users can use the software directly on the internet rather than going through the burden of downloading and maintaining it. While the likes of Infosys bagged global clients and brought outsourced software development into the country, SaaS companies of Indian entrepreneurs are selling software as – a – service in the global market using capital raised by global investors. Most of these SaaS startups are headquartered in their target market, generally based in the US, with a small marketing team.

Indian SaaS companies are doing well in the Toyota and Chevy segments because there is a competitive advantage in marketing and selling across global markets from India. A SaaS company doing desk marketing and selling from Chennai gets more traction for the same budget than the one in San Francisco. Foreign investments in Indian SaaS startups indicate that India has the potential to emerge as the hub for SaaS startups in the world. Silicon Valley – based Storm Ventures also announced a $10-million fund specifically for Indian SaaS startups last month. SRI Capital recently invested in three Indian SaaS startups, including Pennsylvania-based restaurant software solution provider Zuppler that operates its R&D out of Delhi and Philadelphia-based Yellowdig with a development center in Pune.

“Enterprise software companies are starved for capital everywhere due to the focus on consumer startups,” said Sashi Reddi, managing partner of Philadelphia-based seed stage investing firm SRI Capital. “This is especially true in India and so I see it as a great opportunity for investors. However, despite the growing interest of investors, most Indian SaaS startups are grappling with scaling challenges because enterprise SaaS companies struggle to sell to Indian corporations, making the domestic market virtually non-existent”, he said.

India is a vibrant country with a lot of youth population. Software talent is very common and very good in India. The distribution of software through SaaS model is also gaining traction in the country because using the software, as the requirement emerges, on the internet, is far less tedious and far less costly as opposed to downloading and maintaining the software on the system. The government of India should realize this fact and promote foreign investors by giving them tax and other benefits/waivers, to invest in Indian SaaS companies as they have a marketing and selling advantage to global markets from India. This will create millions of jobs for the youth of India and make the Indian economy prosper. Read more on Startups