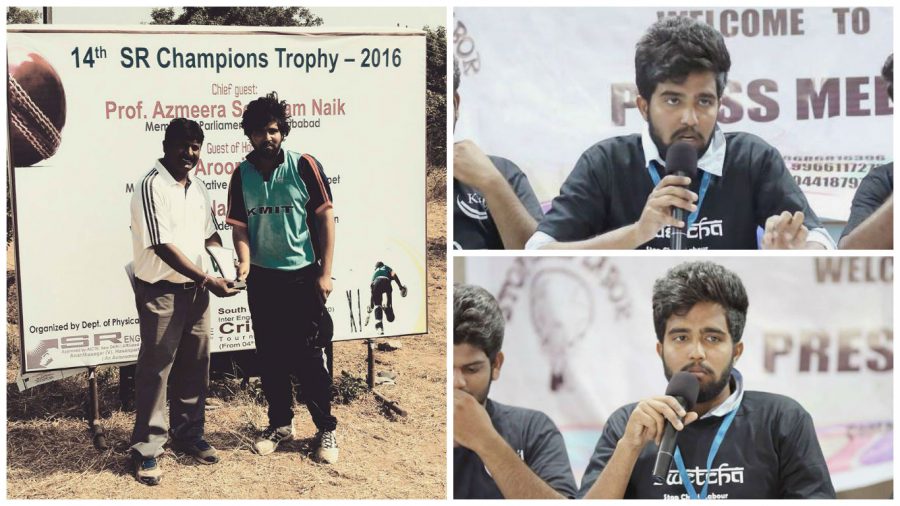 Studpreneur Karthik says do it now before someone does it

Life is too short. If you have an idea implement it before someone else works on it. Do it today or better now and keep on reinventing and re innovating yourself to become successful in your life. Featuring Karthik Eyan Santhosh , Founder of Elyuxen .

Karthik started the first ever student newspaper in south India which is a huge success. Coming to the story of Karthik Eyan Santhosh, he was a passionate cricketer at the age of 15 and played for his school cricket team. He and his team approached a big media house to get featured in the next day’s newspaper edition. Surprisingly the whole team got featured except for Karthik and one of his friends. Out of frustration he came up with an idea of starting a newspaper. But starting a newspaper required big buck and big guns, he did not even try to validate it with anyone. Two years later he joined KMIT Engineering college. Karthik joined college so that it would give him time to try new things.

Karthik was a passionate cricketer from his childhood but due to some reasons (which are not disclosed yet)he did not pursue it. Karthik Founded Swetcha Foundation in his college to help children and the poor.  His thought of starting a newspaper was always at the back of his mind. Then he started working on a idea with the help of his college management. He came across a dedicated and passionate team who work day and night. Karthik thought this idea should be a platform for all the students not limited to one college or one university. He worked out on possibilities and started Elyuxen ( l-u-zen). The word Elyuxen is a creative spin of education, youth, and next generation.

He created a common platform for all students to share their ideas, build new innovations, bring out their talents to showcase it. With in no time Elyuxen could reach out to 112 colleges (engineering and degree) and has 12000 subscribers  from various colleges.

Elyuxen has its campus reporters in 78 colleges who update about the happenings in and around their college. Elyuxen has partnered with many events in Hyderabad .Karthik Eyan Santhosh pursued his interest in cricket by starting Hyderabad Premier League for all students which is going to be held in January 2017. Elyuxen is also planning a fest which will soon hit Hyderabad. Elyuxen also won best startup award at GNI e-Summit. Read Startup News.

Elyuxen does not believe in negative news, it is the voice of all students. Karthik Eyan Santhosh advises students to do it now before someone starts it tomorrow. He further tells “Don’t lose your passion; make your passion as your profession. There are many students who are having many ideas, work on your ideas, never give up and one day you will be the hero. “ Read more stories on Studpreneurs.

Studpreneur Karthik says do it now before someone does it