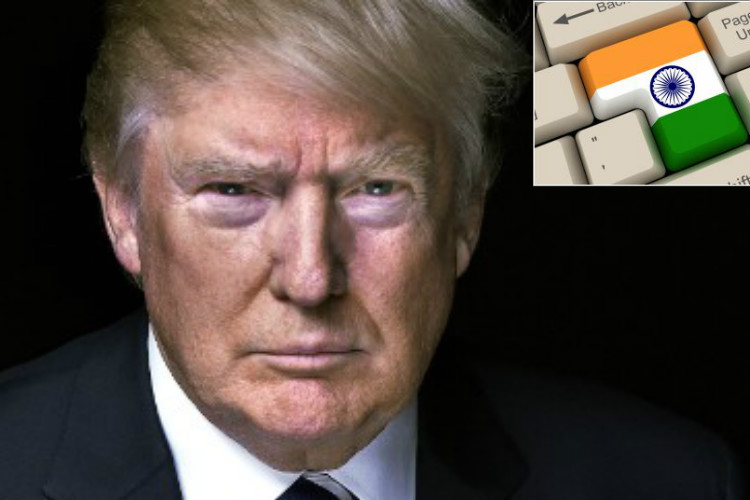 Will Indian IT industry get a Trump Card like before ?

After 8 years of Democratic Party Presidency, USA and Indian IT industry is going to experience a Republican President. Donald Trump in many campaigns suggested that he is not for IT outsourcing or immigration. With him becoming one of the world’s most powerful presidents brings chills to the Indian IT Industry.

Indian IT industry is around $150 Billion and 60% of software is exported. The previous Republican president, George Busch was favourable to outsourcing IT to India. But not very sure about this new Republican president. Democratic President Obama did have some tussles with immigration during his first term tenure as a president, but during the second term he developed relations with India to win the election.

Chances are once Donald Trump administration is in place, he will make some changes in the existing policies that might reduce the services of Indian Software industry. This new president is rich, eccentric and has a ton of ego. South Park, a TV show known to cover timely, parodied coverage of hot topics has rewritten their latest episode to Donald Trump’s favour. More news on Donald Trump.

Industry expert from Gartner, Arup Roy told media,” The Trump administration’s protectionist views would have further dampening impact on growth prospects, if the views were to crystalise into some serious policy implementations.” While NASSCOM says that Trump’s views are based on “fabrications put out by critics of the sector” and they will work with the new administration for the benefit of Indian IT Industry.

One good news is Donald Trump supports India over Pakistan, and believes to develop America. Indian’s settled in America will also benefit from this administration. A recent survey conducted by us among American Indian community revealed 60% support to Trump and they are sure that trump will help the Indian Community flourish. Well this survey was a shocker, but post elections it is clear that everyone wants a businessman to be their next president. Read more Political News.

Will Indian IT industry get a Trump Card like before ?