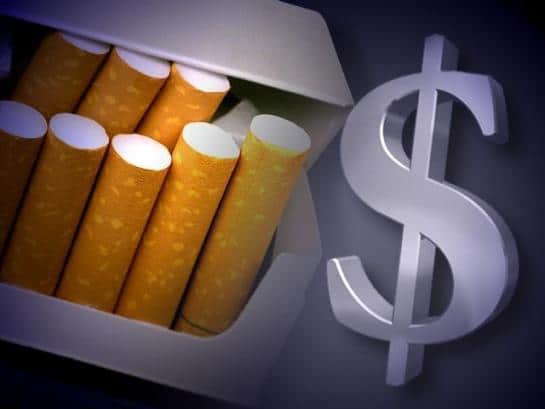 On April 14, 2017, a PIL (Public interest litigation) was filed against the Insurance companies and the policy of Union Government, that have investments in the tobacco companies like ITC, in the Bombay High Court by Sumitra Hooda Pednekar, wife of the late Satish Pednekar, Maharashtra’s former minister who died, in 2011, of oral cancer. The other petitioners were Tata Trusts’ Managing Trustee R Venkataramanan, doctors of Tata Memorial Hospital and some other officials.

A bench of Chief Justice Dr. Manjula Chellur and Justice G S Kulkarni asked the government to reply regarding this petition on April 16, 2017.

According to WHO reports, “Tobacco is one of the major causes of death and disease in India, accounting for nearly 0.9 million deaths every year. Tobacco use is a major risk factor for many chronic diseases including cancer, lung diseases, cardiovascular diseases and stroke. Nearly 275 million adults (15 years and above) in India (35% of all adults) are users of tobacco, according to the Global Adult Tobacco Survey India, 2009-10. The most prevalent form of tobacco use in India is smokeless tobacco and commonly used products are khaini, gutkha, betel quid with tobacco and zarda. Smoking forms of tobacco used are bidi, cigarette, and hookah. India is the second largest consumer of tobacco and the third largest producer of tobacco.”

“The government can utilise the amount locked up in a socially undesirable investment for carrying out its stated budgetary plans as far as citizen’s health is concerned,” the PIL includes.