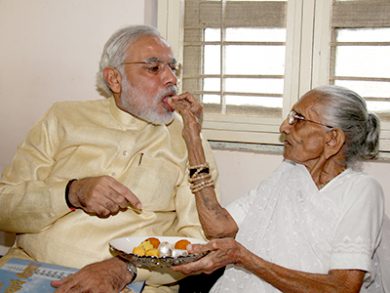 The poll has various world politicians, leaders, entrepreneurs, artists, and influencers. The candidate list for voting is created based on their work in the year 2016 and how it has a global impact. The magazine’s editors decide the final Person of the Year, but poll results provide a look at how the world sees these figures. Read more news on Narendra Modi.

Surprisingly Modi beat down Barack Obama, Donald Trump and Julian Assange, Mark Zuckerberg, and Hillary Clinton. Well this clearly proves that Modi’s moves are being noticed by the world, and is being appreciated. His recent demonetization move has been criticized by opposing political parties, and economists. But people across the world love it and this poll shows that people approve it. This move has put Modi’s life in danger. From a “Chai Valla” to the CEO of an emerging nation, Modi’s story will make a mark in the history of India.

Time reports that  “In recent months, Modi saw high approval ratings from Indians, according to a September Pew poll, and ratified the Paris Climate Change Agreement. Current poll results, analyzed by poll host Apester, found that preferences differ across the world and the United States. Modi performed particularly well among Indian voters as well as those in California and New Jersey.” Read more Business News.