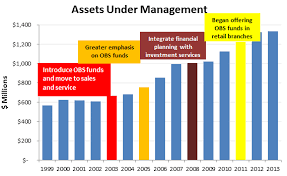 In the last two to three years there has been an increase in the participation of retail investors as it has been confirmed by the Retail Assets Under Management (AUM) data. The data shows that the retail AUM for the industry jumped from Rs2,62,710 crores in March 2016 to Rs3,82,393 crores in March 2017 which is a 46% increase. Most part of the growth has been credited to a good performance of equity and debt markets although it can also be attributed to fresh inflows. Last year Sensex also performed well and rose to 17% increasing the income tax to a return of 9.5% for the same period.

The growth, however, isn’t linear all across mutual funds as retail-focused fund house saw higher growth than the rest. The top 10 players of the industry made up for the 86.7% of the total growth in retail AUM, the best of which was accounted by DSP Blackrock MF.

Last three years have seen retail investors entering the mutual funds in a big way. It is a sign of what is to come in the future as companies try to get into every profitable business possible irrespective of the roots of the companies.