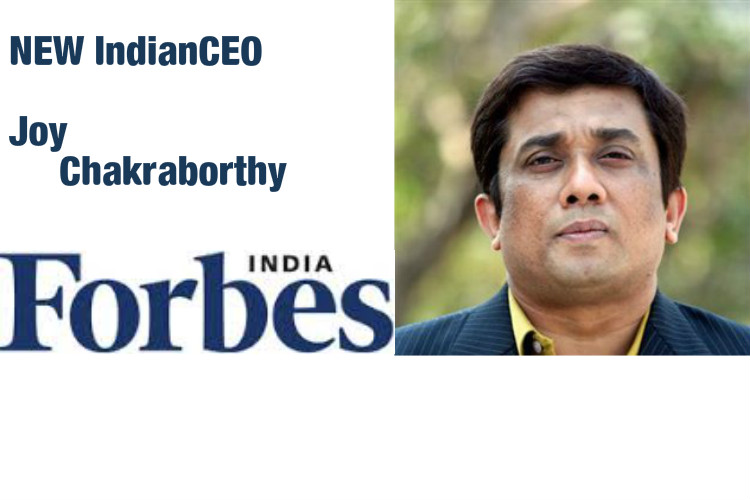 Meet the new Indian CEO of Forbes India, Joy Chakraborthy. He joined Network 18 in May 2016 as President for Revenue & Business Development. Apart from this responsibility he would also be heading Forbes India as their new CEO.

Chakraborthy is a graduate from the National Defence Academy with a Master’s degree in marketing management from NMIMS. He has also completed Advanced Management Programme from the Harvard Business School.

Forbes is an American business magazine. Features articles on various topics like finance, industry, investing, and marketing topics. Forbes also reports on related subjects such as technology, communications, science, and law. The magazine is well known for its lists and rankings, including its lists of world’s top companies and The World’s Billionaires list.

Forbes has neck to neck competition with Bloomberg, and in time we will see how Forbes India will perform under the direction of Joy Chakraborthy.