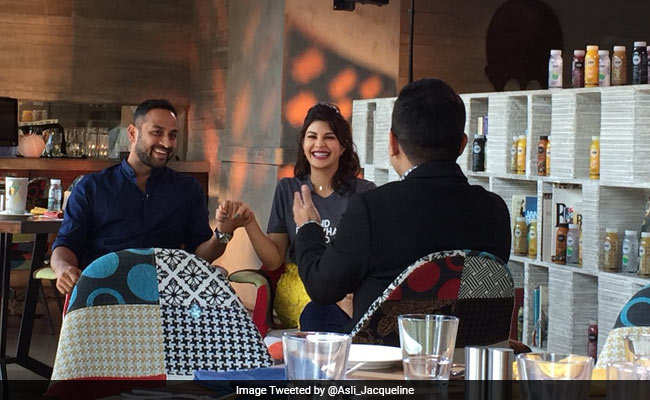 Last year, the startup raised Series B Funding of $4.5 Million from Sequoia Capital, Saama Capital Management and DSG Consumer Partners.  The valuation of Rakyan Beverages was marked at Rs. 120 Crore one year ago, With the help of Jacqueline Fernandez’s investment, the startup has trippled its revenue.

The Mumbai-based startup was founded in 2013 by Anuj Rakyan. Rakyan Beverages serves their customers through its stores, as well as via online. They have stores available in Mumbai, Pune, Gurgaon, and New Delhi.  It is classified as the Non-govt company and is registered with Registrar of Companies, Mumbai. Its authorised share capital is Rs. 26,000,000 and its paid up capital is Rs. 14,844,830.It is involved in Manufacture of beverages

Anuj Rakyan, the founder of Rakyan Beverages, said:  “While professional investors take calculated risks, celebrities are believers and users of the brand. Jacqueline has about 13 million followers just on Instagram and can influence buyers. Hence, she is not an ambassador but an evangelist who can have an impact on the top line.”

Food Tech industry in India is touted to be a $78 billion dollar market that’s growing 16% annually. According to a study, online food tech industry saw a 150% in order volumes in 2016 despite a funding squeeze and multiple players scaling down their operations or shutting shop. Read more about Indian Startup Ecosystem.