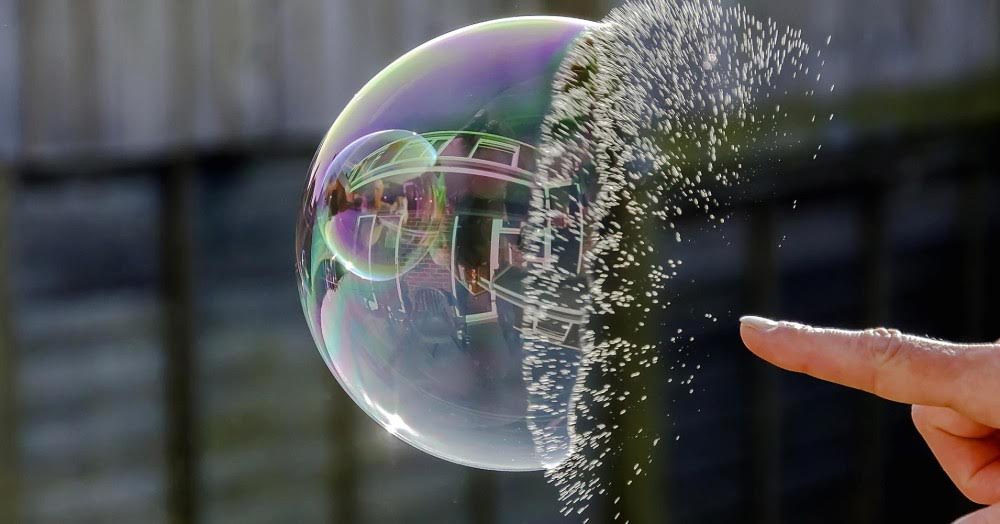 Indian Startup Bubble – The historical event in the making

It looked like a shady week for Indian startup ecosystem, with few companies shutting down and some are doing heavy cost cutting measures for survival. Put together more that 5000 startup employees lost their jobs in matter of week. This is just the beginning and the tide has just begun. Many shall go with the flow and some might fight hindrance.

Craftsvilla layoff 100 people.
Flipkart let goes more than 1000 people and reduced their office space to a quarter.
Snapdeal lays off 600+ employees and founder take 100% pay cut.
Freecharge CEO quits.
Stayzilla Shutsdown business
These are some well know startups but there are many that have already shut shop or on verge of shutting down. As tide gets big, this become a historical event is the Indian startup eco system, called as “Indian Startup Bubble”.

Over the last few years, Indian startups just imitated silicon valley with copy cat model and most of them acquired some form of consumer eCommerce space. Starting from a pin to paint,everything started selling online. Each online player had abundance of VC funding with unimaginable valuations and over hyped growth metrics. Each venture capital company bet their money on  companies that they see as the market leader in next few years and at time of funding, cash burn was not a point of concern for either of them. Only things that matter to startups or investors were, how big their GMV is and how much money they can raise in the next round. It was a collusive behavior and it was a gambling for every one.

As the days progressed, customers rejoiced the heavy discounts and jaw dropping prices. The bigger the company, the more they lost per day. Soon venture capitalists started realizing the ground fact and began tightening the screws. Every noted VC now prefers greater unit economics and strong fundamentals, rather than size or the cool factor of business.

Over last one year, there is heavy cash crunch for businesses. Many tried various ways to fund themselves but realized that their fundamentals are quite wrong, Some are trying to change the course but some have realized they already hit the dead end with no sign of recovery.

Who is the winner?

Both startups and venture capital companies lost big money in no time. During the entire routine, two people emerged as winners. The employees and the customers.  You may feel that many employees lost their jobs, but understand that the startup employees were best paid resources in the last few years. Entry level engineers were getting 3 – 10x of the base price and young CXO’s were taking home few crores an year. Most of them already saved enough cash to fund their new business or settle down with assets they saved.

Some may term it as a bubble, but this is a new episode of Indian Startup Community, where the startup founders realised that innovation is the key and copy cat models will not survive. They will start focusing on business fundamentals and solve real world problems rather than building cases of carbon copy models. This historical event called ‘Indian Startup Bubble’ is the beginning of new era that brings solace and realization among the startup community to start innovating for the future.

Bootstrapping is the New Mantra

Best businesses are the one which were bootstrapped. Bootstrapping is the key to keep the company fundamentals strong while innovating. While funding helps in scaling the business faster, One should take additional money only when the revenue making model is figured out and not for pivoting. I personally bootstrap my startups as much as possible and this helped me with greater survival tactics. I believe in building a MVP(Minimum Viable Products) with a lean model, which can easily get acquired with  4-5X returns rather than burning heavy cash with no return it sight.

“I am optimistic that the tide will not just wash away the debris, but afloat more startup to the shore.”

Indian Startup Bubble – The historical event in the making