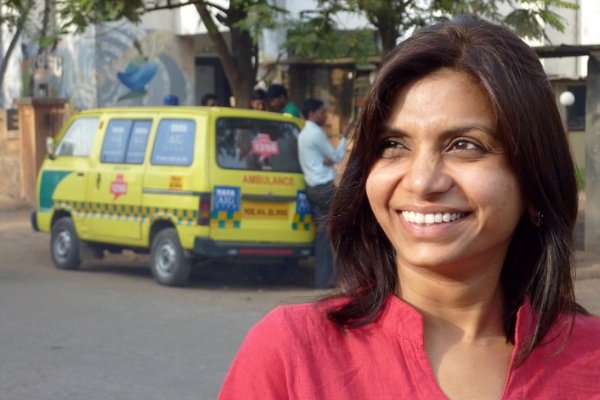 The goal of every business is to earn profit, no matter if it’s a financially or socially motivated Though social businesses are driven by a social cause, they still need to make money to continue their mission, says Sweta Mangal, the former CEO of Ziqitza Health Care.

There are various requirements for running any business. An organization needs to pay for the space, equipment, machinery, logistics and its employees. So, there is no reason to look at a social business in a different way. But, it is surely not easy to make profit while serving the unprivileged.

Ziqitza was launched with the vision of providing ambulance services to the underprivileged. The company’s financial success is a result of its innovative business model. The company has established various revenue streams that enables it to remain financially sustainable.

Over the years, Ziqitza has reached to new heights, under the aegis of visionary leaders, such as Sweta Mangal. Starting with just 10 ambulances in 2005, the company, today operates more than 3500 in 17 states across India.

Ziqitza has served more than 10 million people till date. With an annual revenue of around $20 million, the company’s market share is about 25 per cent at this stage.

The social mission of the company is to provide emergency medical services to the poor, which is important, given the country’s vulnerability to large-scale disasters.

The company is built on two different models — Dial 1298, a fully private service, and Dial 108, a public service supported by the state governments. For 1298, Ziqitza operates a private ambulance service in Mumbai, Kerala, Bihar, and Punjab, which charges patients for taking them to the nearby hospitals. These patients are mostly wealthier, as they prefer private hospitals instead of a public healthcare service, which increases the revenue of these ambulances.

The revenue generated by charging the wealthier patients, is used to “cross subsidize” the company’s discounted or free service to the lower-income patients through Dial 108. Ziqitza has probably found the most creative way to reach the unprivileged section of the society, rather than maximizing their own profit by serving the rich.

One of the most important customers for a social business is the government itself, and it has proved to be a natural mean for Ziqitza to help serve the patients. The company has also been able to find creative sources of revenue, with corporations like Tata AIG, ICICI Lombard, and others sponsoring Ziqitza’s 1298 ambulances with their logos.

Apart from this, the company allows private hospitals to brand its ambulances. Hospitals are able to promote their business, while the vehicles are operated by Ziqitza and its trained medical staff.

For Ziqitza, it is more about serving the patients in need of emergency than promoting itself. This is the reason why Ziqitza has been leading the way in the budding field of social business.

But, the company is not done yet. As envisioned by the former CEO Sweta Mangal, Ziqitza Healthcare is committed to expand the operation within and outside India. The company hopes to operate ambulances across all the major developing countries in the years to come.