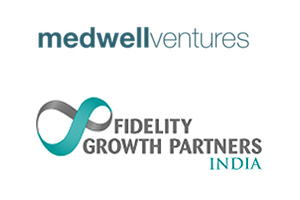 Nightingales was founded in 2014 by Vishal Bali, Ferzaan Engineer, Lalit Pai and Himanshu Shah. Vishal Bali was a former CEO of Fortis Healthcare Group. In April 2014, Nightingales Home Health Services and Medwell Ventures Ltd became partners. This was the first venture and ever since Medwell Ventures’ business grew quickly.  It expanded from a single branch in Bengaluru to 13 branches in the same city. The Company expanded to other metropolitan cities like Mumbai, Hyderabad, and Pune. There is a full-time team of over 1,000 medical, paramedical and healthcare professionals.

On Wednesday (5th April 2017), Medwell Ventures Ltd mentioned a fund raised of $21million in the second round (Series B). The Companies that invested include Mahindra Partners, Eight Roads Ventures, and USA-based F-Prime Capital Partners.

Mahindra Partners recently invested in the first healthcare sector when it provided funds to Medwell Ventures Ltd. The Company is influenced by healthcare professionals like Nightingales Chief Financial Officer Himanshu Shah. Nightingales provides 25,000 services every month. It aims to support over a million patients in the near future. The main interest of Mahindra Partners’ investing in the healthcare sector is this sector has potential growth.  This has been confirmed by President Zhooben Bhiwandiwala who has stated that Mahendra Partners would play  “a proactive role”.

The funds of $21million raised in the second round (Series B) would be used for expansion. There would be new work in regions like NCR, Chennai, and Eastern India. Medwell plans to open NCR and Chennai branches before the end of this financial year. The Eastern market would take some time. Medwell Ventures is aiming to extend branches in Bengaluru, Hyderabad, Mumbai and Pune.