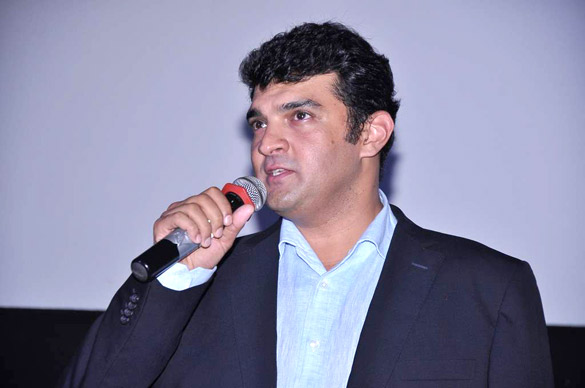 Film producer, Siddharth Roy Kapur, has decided to quit his role as Managing Director and CEO of Disney India this December. He intends to start his own business. Walt Disney International Chairman, Andy Bird, confirmed this fact in an email to his employees. Mahesh Samat, the former CEO, will return to that position which he had held between 2008 and 2012. He will officially take charge on November 28th, 2016.

“Almost 12 months ago Siddharth Roy Kapur spoke to me about his future plans and his personal ambition to start his own business and with that in mind; he has decided not to renew his contract that ends this December. As a result of that conversation, we put in place a succession plan aimed at finding the right leader to take over and guarantee a smooth transition”, Bird said.

Mr. Bird praised Siddharth Roy Kapur for carving a strong position for Disney in the Indian entertainment industry and highlighted the achievements of Disney India under his leadership which are as follows:

“We are immensely thankful to Siddharth Roy Kapur for his excellent service and wish him well in his next venture”, Andy Bird said. “Mahesh will resume management of all Disney businesses in India except ESPN, with all local business segments reporting into him”, he added.

All the facts listed by Mr. Bird about Disney’s achievements under the leadership of Siddharth Roy Kapur are true. Disney’s name, fame and profit have indeed grown immensely under Siddharth Roy Kapur’s leadership. He has been an innovative and a visionary leader for Disney India, producing unique films and plays like never before. Apart from becoming India’s number one Kids television network, Disney has also ventured into and become India’s largest branded licensor under the leadership of Siddharth Roy Kapur. There can be no doubt that his contributions to Disney India are both immense and legendary. He will be remembered as a legend for decades to come. Read more on Startups