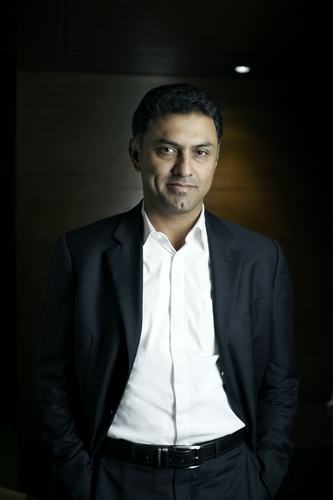 SoftBank’s President and COO, Nikesh Arora quits SoftBank and will not attend the Wednesday’s shareholders meeting. He was questioned by some of the investors regarding some investments he made during his journey with SoftBank.

Masa 2 continue 2 be CEO for 5-10 years, respect that. Learnt a lot. Clean chit from board after through review. Time for me to move on.

It’s been less than 2 years with SoftBank and Mr. Arora has invested close to $4Billion in startups around the world. He was hired by Masayashi Son, Chairman & CEO of SBG in 2014 to handle overseas investment operations.

It these two years Mr. Arora has spent nearly $4 billion to invest in startups around the world in a hunt for a break-through technology company capable of driving future growth.

“Masayoshi Son, Chairman & CEO of SBG, had been considering Arora as a strong candidate for succession. Son’s intention was to keep leading the Group in various aspects for the time being, while Arora wished to start taking over the lead in a few years’ time. The difference of expected timelines between the two leads to Arora’s resignation from the position of Representative Director and Director of SBG with the expiration of the term of office and his next steps,” SoftBank said in a statement.

Mr. Arora had been also questioned about his compensation and qualifications. He is one of the highest-paid corporate executives in the world, receiving $135 million in 2014 and another $73 million last year.

Mr. Arora says that all the investments made in startups through SoftBank will pay off in time and he is very confident about these investments. He also wanted to buy shares ($483M worth) of SoftBank to prove his confidence.

Before joining SoftBank, Mr. Arora was a long time executive at Google Inc., where he oversaw all revenue and customer operations at the internet giant as well as marketing and partnerships. At Google, he also served in several other roles, including development and management of Google’s operations in Europe, the Middle East and Africa. Prior to that, Mr. Arora was chief marketing officer at T-Mobile Europe.

Going to continue to support the Indian startup ecosystem….can't change faith if you change jobs :)! https://t.co/ILIlS6qdcp

Even though Mr. Aroa’s journey with SoftBank ended, he would still be supporting startups.