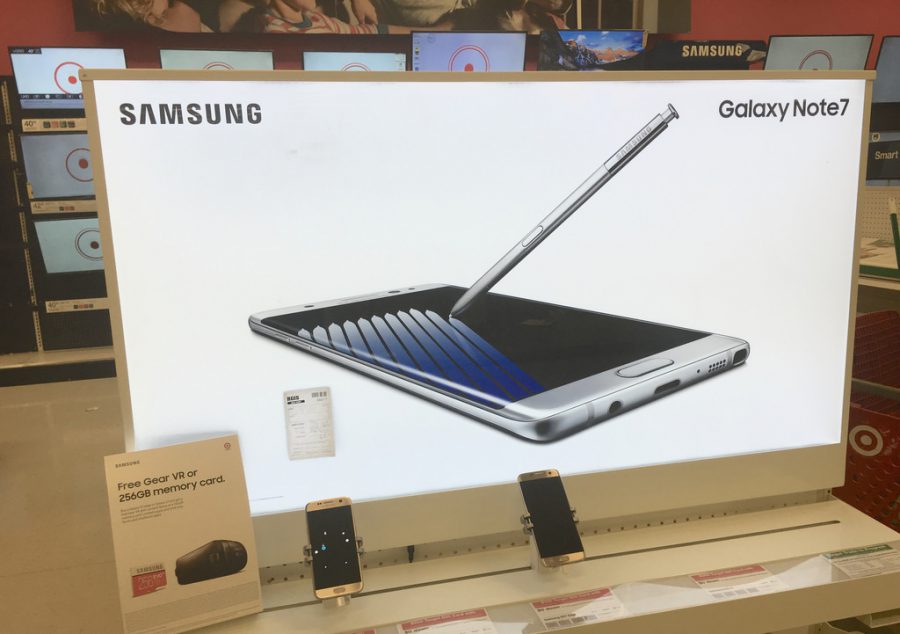 Samsung Galaxy Note 7 to discontinue thanks to its battery

Samsung Galaxy Note 7, which was launched back in August this year, has now become the talk of the town, not because of its design, feature and some other functional qualities, but due to its exploding issue. Yeah! Samsung Galaxy Note 7 has been found with a high tendency of a battery failing that leads to an accident which might damage the user as well as his/her property. For such reason, the manufacturer also asked all of its Note 7 consumers to get their devices replaced with cash or Galaxy S7 Edge or an upgraded programme in order to soothe them. Now, Fresh reports revealed that Samsung has finally made up its mind to halt the production of this handsets as it’s affecting the brand’s reputation badly in the global market.

In a survey done by IDC, it is found that nearly half of the Note 7 buyers in the global market will return or have already returned their handsets for cash or will go for an Apple iPhone to replace their affected devices. However, Kwon Oh-Hyun, Chief Executive Officer and Vice Chairman at Samsung Electronics, said that the Galaxy Note 7 fiasco has given the manufacturer a chance to ratiocinate on its corporate structure.

“The global economy, faced with growing uncertainty and low growth, shows no sign of improving and Samsung Electronics is exposed to diverse and complicated risks that the company has never experienced before,” he said at an event organized to make a celebration of 47th anniversary of Samsung Electronics. Further added, “The recent crisis has offered us an opportunity to reflect on whether we were complacent in thinking and working, and to start a new.” Besides, Oh-Hyun also encouraged his employees for working hard with an aim to overcome the issue that Samsung has been facing.

Making a small note about the Galaxy Note 7 that first went on sale in the US market followed by South-Korea and other global markets. Reports of the device explosion started materialising soon after the sales. The company announced a replacement for the affected devices as well as cash and exchange offers. Albeit, the substitution or replacement units Note 7 commenced firing as well. The manufacturer has faced heavy downfall in its shares and also witnessed internet jokes and negative reviews.

More interestingly, Samsung Galaxy Note 7 is also being used as an in-game grenade weapon in the popular PC video game,  GTA (Grand Theft Auto V). Apparently, Samsung is trying to remove the video from the internet completely. In fact, the manufacturer has issued a DMCA takedown targeting a video that showcased the amusing content. Read more News on Samsung.

Samsung Galaxy Note 7 to discontinue thanks to its battery