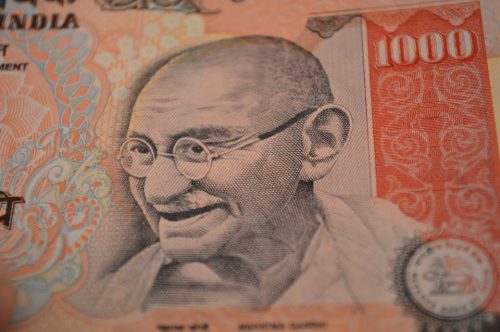 The entire nation was shocked yesterday evening (08/11/2016) when PM Narendra Modi announced that 500 and 1000 rupees denominations will become invalid from December 31st, 2016. This sent ripples (perhaps even waves) across the country with people rushing to banks and ATMs to withdraw and exchange their 500 and 1000 rupees currency notes. There was also a debate in many news channels and among the citizens of India if this move was a wise one and what would be its short and long term effects. In this article, we shall discuss the impact this move will have in the short and long term in the lives of people as well as corporates in India and give our opinion on the move.

First and foremost, this move was taken to retrieve black money throughout India. Many politicians and realtors have huge reserves of black money (in the order of lakhs of crores) stashed either in India or abroad. All the notes of the black money are high – value denominations. Either they are Rs. 500 or they are Rs. 1000 notes. By making them invalid after December 31st, 2016, politicians and realtors who have vast reserves of black money will be forced to go to their banks in India and deposit their black money, after submitting their PAN or Adhar or Passport number, to get legal notes. The banks will then send this information to the concerned department in the government of India and the government of India will hence forth be able to keep track of the fraudsters who were involved in money laundering and accumulating black money. Honorable PM, Narendra Modi promised that those who disclose their black money by depositing in banks before December 31st, 2016 need to only pay a tax of 45% on that and no legal action will be taken against them. This move seems like it will retrieve the black money in the long run.

In the short term, this move will definitely inconvenience the working class and small enterprises in India who do dealings and transactions with hard cash. ATMs will be closed on November 9th (pan-India) and on November 10th (in some places). This is being done in order to remove all the existing Rs 500 and Rs 1,000 notes from the ATMs and replace them with lower–value bills. Multiple experts and government officials, however, have stated that this process will likely take one to two weeks in urban and semi-urban areas and up to a month in remote and rural regions. Lot of people have already rushed to the ATMs, stood in long queues to withdraw and exchange their Rs. 500 and Rs. 1000 currency notes. Small businesses, both in urban and rural areas, find this move downright crippling in the short-term. These businesses are mostly run on cash. They use hard cash to receive payments for services and to make payments for inventory and goods. It’s unclear now, how quickly they will be given access to the new Rs 2,000 notes that will be issued. On the other hand MNCs in India will have no problem switching over to the new Rs. 2000 notes. If you are a working – class person who had planned to pay your maid or servant tomorrow and you were unable to get cash from the ATM despite standing in a long queue. Your servants would have to wait to get paid until you get and exchange your money. If all the cash in the ATMs is not replenished within the next week, this could become a serious problem. People in rural India who have a lot of Rs 500 and Rs 1,000 notes, but no identity proof, will have a tough time exchanging their notes.

This move also raises another question. Why are new Rs. 2000 and Rs. 500 notes being printed at all if we want to combat black money and corruption? The answer is that the new Rs. 2000 note has been in the making for some time now in the RBI. It along with the new Rs. 500 note will be released after December 31st this year, by which time the government of India would have retrieved all the black money. It is specifically being printed due to the demand in India Inc. and other small enterprises in India who use hard cash for their transactions and dealings. The economic affairs secretary, Shaktikanta Das, yesterday evening said, “The RBI would monitor and regulate the issuance of Rs. 2,000 and Rs. 500 notes in the future”. This means that it is unlikely that Rs. 2,000 and Rs. 500 notes will be printed in large numbers. The new notes will also reportedly come with a more secure design, making them easier to track and tougher to counterfeit.

Though the middle class of India and the small businesses in India would find it extremely inconvenient during the first week to rush to ATMs, stand in long queues, get and exchange their Rs. 500 and Rs. 1000 currency notes, this move is a master stroke by PM, Narendra Modi in his fight to retrieve black money and fight corruption. All the politicians and realtors in India who have huge reserves of black money, all of it which contains high – value denominations like Rs. 500 or Rs. 1000 notes, will have to rush to their banks and deposit their money by producing their PAN, Adhar or Passport number to get legal, lower – denomination currency notes. The bank can then send information on individuals who have deposited large sums of money to the government of India, which can hence forth keep track of them and prevent them from indulging in corruption. PM, Narendra Modi promised that those who have back money can disclose and deposit them in banks and need only to pay 45% tax on it. No legal action (like arrests) will be taken on them. This will definitely persuade and can even encourage people who have black money to convert it into white money. The revenue, the government of India will get from this move is expected to be enormous. It can use the revenue it gets from this move for development projects. Black money in India and abroad will be returned, thanks to this move and it is aimed at doing greater good to the people and businesses in India. We salute PM, Narendra Modi for his brilliant thinking and courage shown in his fight against corruption in India. Read more on Startup News